3 Waxwings were found on Newlands Park Grove this morning, but they didn’t hang around for very long and were not seen by anyone except the finder. They were heard at the corner of Newlands Park Grove and Cleveland Avenue at 10.30ish but were not reported after this at all. Another new discovery today was a Glaucous Gull in a field next to Burton Riggs at 12.00.


26 White-fronted Geese were on Cayton Carr this morning, but they flew east at 10.27, also in the area were a Ruff, 2 Peregrines and a Stonechat.


In Brompton-by-Sawdon the Ring Ouzel was again in the field opposite the Church and there were 6-8 Hawfinches still in the area. In Thornton-le-Dale 9 Hawfinches in the churchyard with 2 on Dog Kennel Lane and a Kingfisher and Grey Wagtail near the Mill.


The South Bay gull roost this evening held 6 Mediterranean Gulls (5 adults and a 2nd winter), 580 Black-headed Gulls, 20 Common Gulls and 1100 Herring Gulls with a Great Crested Grebe and 2 Guillemots also in the bay. 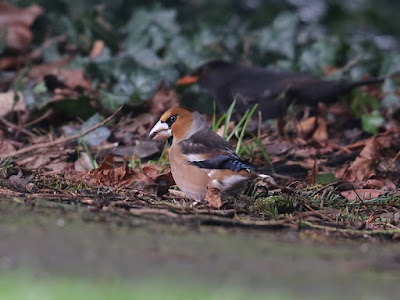 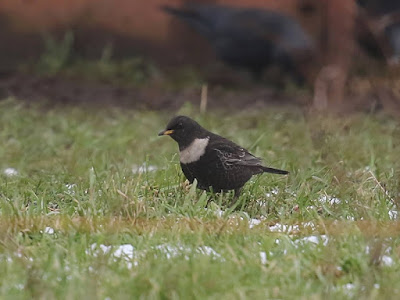 Posted by Scarborough Birders at 22:16