Three Turtle Doves, two of which were in song, were at Harwood Dale village near to the church at 0600 hrs and a Lesser Whitethroat territory there with young being fed. Two Mediterranean Gulls flew north at Long Nab Obs and a juvenile Yellow-legged Gull flew south. Two Great Skuas and two Arctic Terns flew north past Marine Drive this morning and 31 Redshank, three Whimbrel and 22 Oystercatchers flew south there with 10 of the latter species flying north.  A Hobby flew south east over Wykeham Water Park lake and a juvenile Red Kite was hunting over the fields to the south of that location. A pair of Mute Swans with six cygnets were on the Water Park Lake at Wykeham and the long staying Whooper Swan was present on Seamer Road Mere. 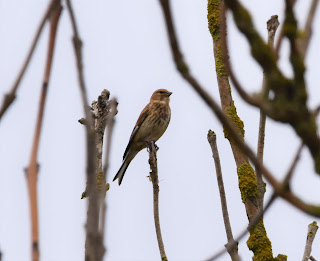 Posted by Scarborough Birders at 20:04