Two Avocets flew south past Long Nab Obs at 0821hrs about 1 mile out at sea and they were then seen continuing south at Cornelian at 0844hrs. Also south past Cornelian this morning was a Black tailed Godwit and a Golden Plover relocated from South Cliff Golf Course to Cornelian Rocks. Further highlights from Long Nab Obs were 11 Mediterranean Gulls north, a new day record count for the second consecutive day and a dark phase Arctic Skua. A Whimbrel and a Hobby passed south there in addition to 390 Common Swifts. An Eider was on the sea below the Obs. Two Turtle Doves were on the overhead wires next to the Cinder Track at Burniston this afternoon and three Kingfishers, including at least one fledgling, were on the River Derwent at Wrench Green. A Sparrowhawk was seen at the roadside at Brompton. 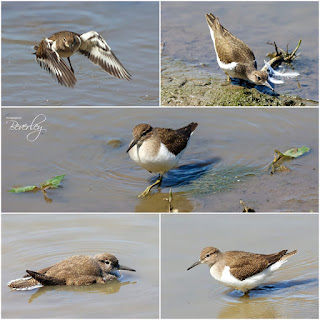 Posted by Scarborough Birders at 19:01