A Greenshank was again at Johnson's Marsh this morning and a Honey Buzzard was seen to the west of Wykeham Raptor Viewpoint. A Cory's Shearwater flew north past Long Nab Obs about 500 metres from the shore just after 0900hrs. Also north past there were two Velvet Scoter, seven  Shelduck (five south), a Wigeon, 950 Kittiwakes and two Arctic Skuas passed south. 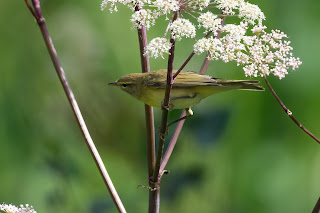 Posted by Scarborough Birders at 20:43