The Greenshank was again at Johnson's Marsh this morning and a Balearic Shearwater, which was seen flying north past Redcliff at 0844hrs, was seen continuing north past Long Nab Obs at 0926hrs. Two juvenile Caspian Gulls flew south past South Cliff this morning, one at 0744hrs and the other at 0853hrs having been investigating the activity at a fishing boat. A Black-tailed Godwit also flew south there and two Arctic Skuas flew north. A Green Sandpiper and three Grey Wagtails were at Northstile Pool, Wrench Green this morning and a Quail was nearby. A Red Kite flew south at Long Nab at 1145hrs and a cream crowned Marsh Harrier was seen briefly over Cloughton Wyke before heading off south east. Six Lesser Black-backed Gulls were at Wykeham East Lake and in the Dalby/Haygate area, there was a family group of four Spotted Flycatchers, four Common Crossbills, three Nuthatches and a Willow Tit. Highlights past Long Nab Obs included a Great crested Grebe and Mediterranean Gull north and 230 Oystercatchers and 26 Whimbrel south. A Green Woodpecker,  Spotted Flycatcher and numerous Siskins were at May Beck. 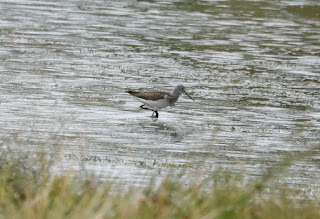 Posted by Scarborough Birders at 20:28