A very quiet day again today with the highlight being a Spotted Flycatcher which flew in off the sea at Long Nab and then continued south west after briefly resting on wires. A Barn Owl was hunting along the grass verges on the Cleveland Way near to the Obs. A single Lapwing and a Black headed Gull were the highlights at a rapidly drying Johnson's Marsh which also hosted eight Grey Herons, a juvenile Pied Wagtail and Reed Bunting. 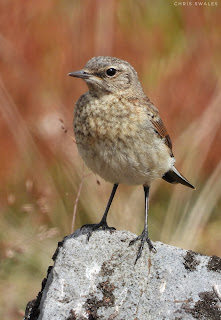 Posted by Scarborough Birders at 20:26